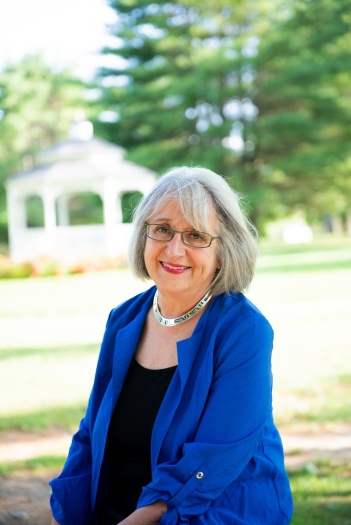 I have always wanted to be a writer.

When I was in first grade, I wrote a two-line poem, something that rhymed ‘cat’ with ‘rat’ and showed it to my teacher, Miss Corvo. She liked it and used it for the class writing exercise. My friend Patty decided we would both be famous poets when we grew up.

Miss Skirm, my fourth grade teacher, encouraged me to write stories. I wrote one called “My Two Dollar Bargain” in which I bought the White House from a discouraged President Kennedy for $2. The story delighted Miss Skirm and she published it in the school’s newspaper.

I decided to write a series of science fiction stories in fifth grade, featuring “The Unearthly Cry.” Whenever tragedy was about to strike, The Unearthly Cry came to the rescue by making such an earthshattering noise the tragedy was averted. When I tried to write one about The Unearthly Cry saving astronauts, I realized I didn’t know enough about astronauts, rockets and the space program to write a story that was believable. I put those stories aside, realizing I needed to learn as much as I could about almost everything to be able to write credibly.

I submitted my first article to a national magazine, The Reader’s Digest, when I was in sixth grade. The Reader’s Digest was a staple in our house and I noticed that it called for articles about “unforgettable characters.” I was heart-broken when my parents decided we could no longer keep my beloved puppy, Greta, and gave her away. I decided to memorialize Greta in an article, telling why she was “unforgettable.”

After I wrote a draft, I secretly typed it on an old Royal portable typewriter. Hunting and pecking at the typewriter keys, I made plenty of mistakes, which I tried to correct with a terrible eraser that smudged the ink when it didn’t work and rubbed clear through the paper when it did. When I finished, I thought I’d written an article no editor could resist. I sneaked some stamps and an envelope and mailed it off. Every month, for at least a year, I grabbed the Digest and scanned the table of contents to see if the article had been published. Of course, it wasn’t.

I continued to write stories and poems and had my first publication in a national magazine, Men’s True, when I was 15. The magazine had a page for readers’ anecdotes, so I took a story I’d heard my aunt tell and rewrote it from a man’s point of view. They paid me $100 and I thought I was rich!

Through college and graduate school, I continued to write. A few poems appeared in some journals, now defunct. I started to work towards a Ph.D in English at Bryn Mawr College and wrote my Master’s thesis on Wallace Stevens, a poet who was also an attorney.

By the time I completed my Master’s Degree, I was disenchanted with continuing the work necessary to receive a Ph.D and decided to attend law school. The law was still a relatively new profession for women and I knew my writing skills would be helpful to my success. For the first ten years of my legal career, all of my time was devoted to learning and honing my legal skills. I continued to write, but my writing always related to the law.

As I became more established, I began taking writing classes at The New School in New York and workshops around the country. I was excited to have poems published in various magazines and literary journals— River Styx, Poetry Northwest, Barrow Street, The Christian Science Monitor, Yankee Magazine and many others. I also wrote several children’s picture books for which I received praise, but not publication. I started a novel. With a full-time busy career, writing was part-time.

When I retired from the law, writing became my full time career. I began freelancing for Biddeford Journal Tribune (Biddeford, ME), writing a weekly children’s story from 2015 until 2019 when the newspaper ceased publication. One of the stories evolved into Oh No! Reindeer Flu! a Christmas story inspired by two of the huskies I rescued from shelters, Keeka and Phoenix. I have no doubt huskies would volunteer to pull Santa’s sleigh if the reindeer fell ill on Christmas Eve and have a good time doing it. The book, beautifully illustrated by Canadian artist Tamara Campeau, has been a hit with children and dog lovers of all ages.

I also enjoyed writing an early chapter book for children, Out, Mouse! Many years ago, I read about an Irish folk belief that one could rid a house of mice by writing them a polite letter suggesting a better place to live. My immediate thought was, “What would happen if the mice were picky?” Finn writes letter after letter as his frustration grows in the humorous romp through the Irish countryside. British actor Paul Collins did amazing work on the audiobook, which adults are enjoying as much as the kids.

My hope is that my books bring joy to children for many years to come. I look forward to writing many more.